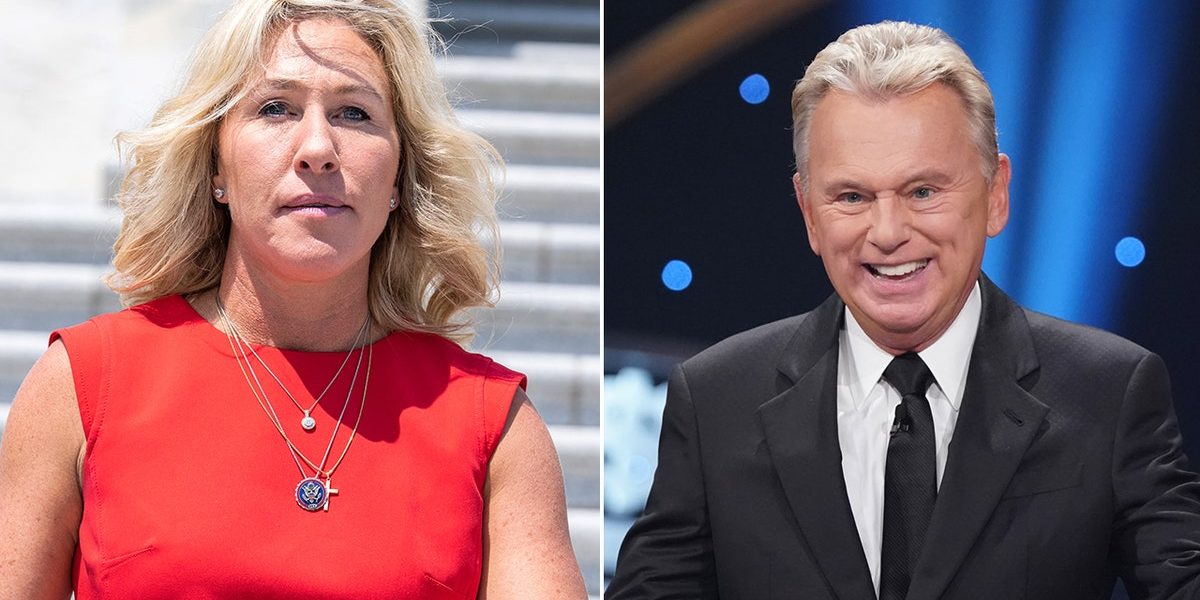 A photo of longtime “Wheel of Fortune” host Pat Sajak with Georgia Congresswoman Marjorie Taylor Greene has surfaced, and people on Twitter are fuming.

The picture, apparently captured earlier this month, went viral on Twitter after it was re-shared by a Twitter account described as “exposing right-wing extremism and other threats to democracy.”

One user wrote, “Pictured: Pat Sajak and Vanna Whitesupremacist,” referencing Sajak’s “Wheel of Fortune” co-host, Vanna White, while another tweeted, “Pat Sajak has always been a far-right lunatic I’m not surprised at all.”

Additionally, members of academia and a former political candidate for office offered their take on the Sajak photo and whether they believed it to be a revelation or not.

Diana Gonzalez, the Director Of Media Relations at the University of Miami’s Miller School of Medicine, wrote that she won’t be watching “Wheel of Fortune” anymore. She tweeted, “The company you keep is quite unfortunate @patsajak. (Sic) Will be changing the channel when you spin the wheel.”

Former U.S. House of Representatives candidate Johnny Akzam seemed confused about why the photo was garnering such an intense reaction, writing, “This isn’t news. It’s well known Pat Sajak is a raving conservative. Watch the show, don’t watch the show, but he’s about to retire and y’all are late by over half my life.”

Sajak, who has hosted the game show since 1981, recently opened up about a potential departure and retirement.

Other users were less critical of the TV personality for his photo appearance with Greene.

One person noted, “That people hate Pat Sajak just because of his conservative views is a microcosm of everything wrong with our country right now.”

Another individual came to the defense of the 75-year-old, tweeting, “Cancel Culture is completely out of control. The latest victim…….PAT SAJAK!!”

Neither Sajak nor Greene have commented on the photograph going viral.

Adam Devine clarifies he’s not Adam Levine: ‘my wife and I are doing great’
September 25, 2022