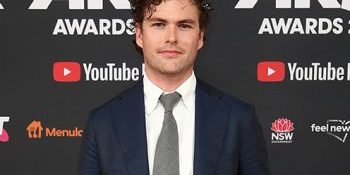 “Riptide” singer Vance Joy revealed that he could have written a song with One Direction — had he not walked out of it.

Speaking to Australia’s NOVA radio, the singer recalled the “funny story” where he hung out with Louis Tomlinson and Liam Payne by pure accident. Vance said he had set off for a songwriting camp in Calabasas, California, and was told the people who would be there “work with One Direction.”

“I rocked up to a songwriting session… And I soon realized that they just must have misplaced the schedule or something and they didn’t know I was coming,” the Australian singer recalled.

“It was a songwriting day for One Direction,” he realized, which meant he unintentionally crashed Louis and Liam’s session. “I was the spare part. I was the absolute spare part, no one knew I was gonna be there.”

The situation “was so awkward,” he said, especially since “none of my ideas were going through,” so he bailed. “I was like, ‘Alright, my Uber is coming, guys,’” the singer laughed.

As for why things went south, Vance explained, “They didn’t expect me and they kind of had their idea of [what] One Direction songs are going down.” On the plus side, Vance said Louis and Liam were both “super nice.”

The post Vance Joy once walked out of a songwriting session with One Direction appeared first on Regional Media News.