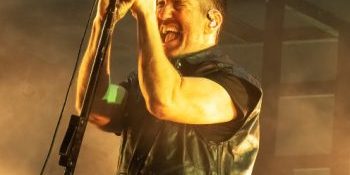 After producing an album with Halsey, could Zendaya be Trent Reznor‘s next surprise collaborator?

The Nine Inch Nails frontman and his bandmate/scoring partner Atticus Ross have been working on the soundtrack to the upcoming Zendaya-starring film Challengers. In an interview with Variety, Reznor and Ross were asked whether they’d ever want to write a song for the Euphoria and Spider-Man star, who also has a music career.

“We’d be totally open to it,” Reznor replies. “We both admire her completely.”

The “Closer” rocker adds that Zendaya is “incredible” in Challengers.

In the meantime, you can hear Reznor and Ross’ scoring work in the new film Bones and All, starring Timothée Chalamet and Taylor Russell. Both Bones and All and Challengers are directed by Call Me By Your Name filmmaker Luca Guadagnino.

“Luca was on a shortlist of people we thought we’d love to meet and collaborate with,” Reznor says.

The post Trent Reznor would be “totally open” to writing a song for Zendaya appeared first on Regional Media News.