“There’s only one king in town and his name’s Lewis Capaldi”: Singer reacts to new streaming record 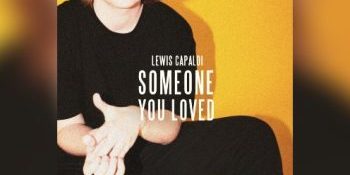 ) Lewis Capaldi is the King of the Streams in this native U.K.  In honor of the 70th anniversary of the U.K.’s Official Singles Chart, the Official Charts Company has declared his hit “Someone You Loved” to be the most-streamed song of all time in that country.

The song, which was also Lewis’ breakout hit in the U.S., has been streamed over 561 million times, overtaking his friend Ed Sheeran‘s massive hit, “Shape of You,” which comes in on number two on the list.  Ed also has the number-three song on the list, with “Perfect.”

Lewis reacted to the news with his typical sarcastic humor, telling the Official Charts Company, “I’m the streaming king! In the U.K.! On this particular song! I feel huge, I feel massive, I feel my loins expanding as I become more and more aware of the reality of my coronation as the king of music.”

As for Ed, who he says is “like a brother to me,” Lewis jokes, “You snooze you lose, kiddo. Keep up!”

Asked for any words of wisdom for up-and-coming acts, Lewis says, “When life throws an obstacle in your way…what I want you to do is reach deep down inside yourself, reach deep, deep down to the deepest point in your heart and soul and GIVE THE F**K UP. That’s what I want you to do. There’s only one king in town and his name’s Lewis Capaldi!”

The post “There’s only one king in town and his name’s Lewis Capaldi”: Singer reacts to new streaming record appeared first on Regional Media News.