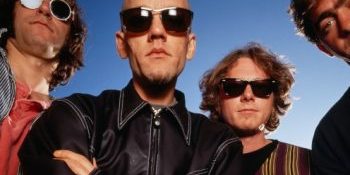 The nominees for induction into the Songwriters Hall of Fame next year have been announced and some of the biggest names in rock are among them.

Patti Smith, all four members of REM, Jeff Lynne of ELO, Bryan Adams, Debbie Harry, Clem Burke and Chris Stein of Blondie, Tom Johnston and Patrick Simmons are among this year’s nominees, as well as Michael McDonald of The Doobie Brothers, Ann and Nancy Wilson of Heart and Steve Winwood.

Other acts who are in the running include Snoop Dogg; country star and Eagles member Vince Gill; Sade [shah-DAY] Adu, frontwoman and songwriter for the band Sade; and Gloria Estefan.

Among the nonperforming songwriters who are nominated for induction are Glen Ballard, probably best known for co-writing and producing Alanis Morissette‘s Jagged Little Pill; and Tommy Boyce  and Bobby Hart, the team who wrote Monkees classics like “Last Train to Clarksville” and “(I’m Not Your) Steppin’ Stone.”