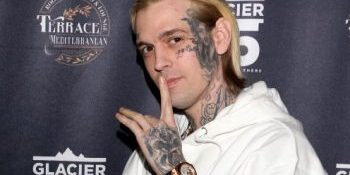 After being met with backlash from Aaron Carter‘s family, management team and friends like Hilary Duff, the publisher who was going to release the late singer’s memoir decided to shelf the project “out of respect.”

As previously reported, Ballast Books announced shortly after Aaron’s untimely death that it would release Aaron Carter: An Incomplete Story of an Incomplete Life. The decision was criticized by fans, friends and colleagues of the late singer.

In response to the backlash, Ballast Books delayed the release. Company’s attorney Scott Atherton and author Andy Symonds said in a joint statement to Page Six, “Out of respect for the Carter family, my client has decided to defer the further release of the book at this time.”

The statement continued, “Mr. Carter was not just a celebrity but also a father, a brother, a son, and a friend to many still grieving for him.”

“The more important story is about Mr. Carter’s life and what people can learn from his professional success, personal struggles, and tragic passing,” it added.

Atherton noted Carter “wanted his story told,” while author Symonds expressed, “In addition to being cathartic for him, Aaron hoped this book would help others struggling with addiction and mental illness.”

Despite these claims, the singer’s publicist condemned the memoir and alleged the singer didn’t approve it.

“Aaron, in the midst of [working on the book], said, ‘I want nothing to do with this’ and stopped,” his publicist told the outlet, adding that releasing the memoir goes “against Aaron’s wishes.”

Aaron, who was 34, died November 5. The cause of death is currently unknown.

The post Publisher delays release of Aaron Carter’s posthumous memoir “out of respect for the Carter family” appeared first on Regional Media News.