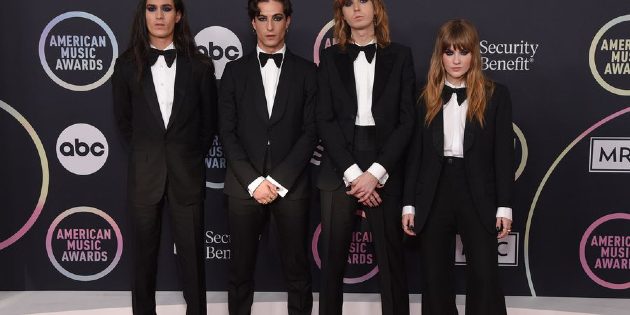 Was the president of France “Beggin’” for Måneskin to be disqualified from Eurovision?

Followers of the famed music competition may recall that the Italian rockers found themselves in a bit of controversy towards the end of the 2021 contest when Damiano David was accused of using cocaine backstage.

While Måneskin denied the allegations — and David would go on to pass a drug test — there were calls for the band to be kicked out of Eurovision, especially from France, whose contestant, Barbara Pravi, came in second.

One of those calls apparently came from French President Emmanuel Macron, according to French broadcaster Stéphane Bern, who was a commentator on Eurovision 2021.

“It was a big, big mess,” Bern tells the BBC. “I received so many messages on my mobile — even one from the French president — telling me Måneskin had to be disqualified, saying, ‘You have to do something, please.’”

Bern also received a similar request from the French Minister of Europe and Foreign Affairs.

“But what could I have done?” Bern recalls thinking. “I wasn’t hosting. I’m not the president of the Eurovision!”

Macron’s office did not respond to the BBC’s request for comment.

Måneskin, of course, won Eurovision, and has long put the drug allegations in the rear-view mirror on their way to global stardom over the past year. That journey’s set to continue this week with the premiere of a new single called “Supermodel.”