Paulina Porizkova says she asked pals to buy groceries for her after Cars singer Ric Ocasek’s death: ‘No cash’ 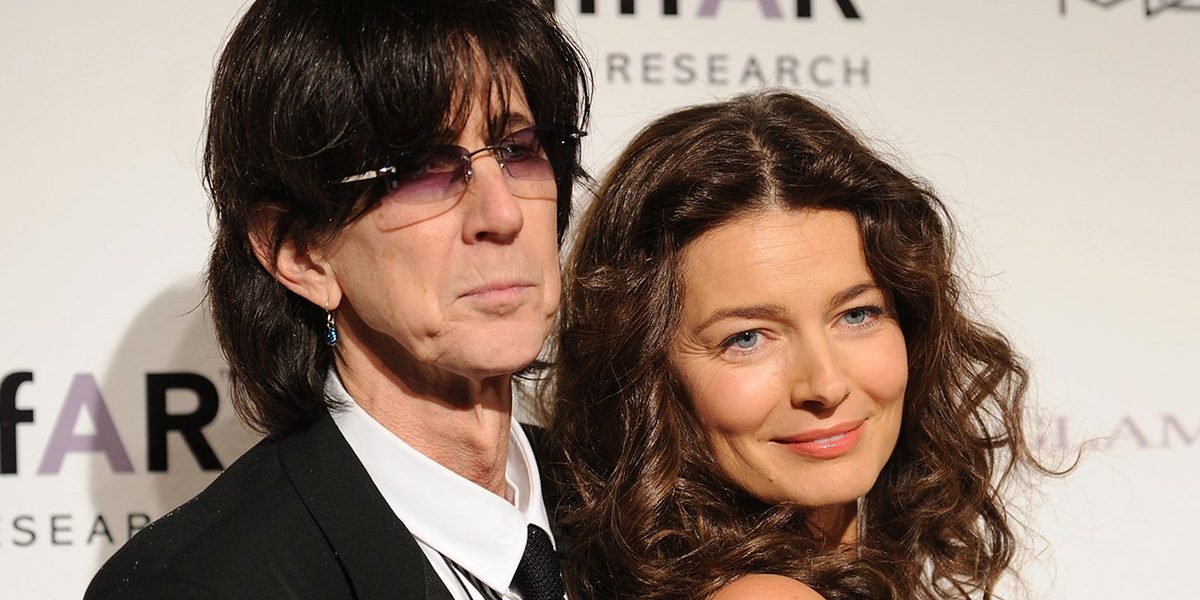 Paulina Porizkova was so poor after Ric Ocasek died that she reached out to pals to help her buy groceries.

The supermodel is appearing on Wednesday’s episode of “Red Table Talk,” which is hosted by Jada Pinkett Smith, her daughter, Willow, and her mother, Adrienne Banfield-Norris. In an exclusive clip shared with Fox News Digital on Tuesday, the 57-year-old opened up about struggling financially following her ex-husband’s passing.

The Cars frontman passed away suddenly in 2019 at age 75 from natural causes in their New York City home. In 2018, Porizkova and Ocasek announced they had split after 28 years of marriage. At the time of Ocasek’s death, the pair had been separated for several years. However, they weren’t legally divorced and were still living together. The former couple shares two sons Jonathan and Oliver.

“So, you write in your book about being broke after Ric died,” Pinkett Smith, 51, told Porizkova about her memoir published on Tuesday titled “No Filter.

“OK, so I was very specifically broke,” Porizkova said. “I just want to set that right so that people don’t accuse me of lying.”

“I was a woman with assets,” she said. “I had two mortgaged houses. And I had a pension plan that I can access in 10 years and zero cash, and no way to pay for anything. So, I was in a really, really peculiar position of being a woman with assets and no money.”

Porizkova’s financial situation worsened when the coronavirus pandemic struck the globe in 2020.

“Property values in New York had just fallen off the cliff,” she said. “And I had to sell my house immediately because I couldn’t pay. … I was asking my friends to buy our groceries for a little while.”

“So, you didn’t have any money for groceries?” asked Pinkett Smith.

In 2021, the Sports Illustrated Swimsuit star told Paula Polito, vice chairwoman of UBS Global Wealth management, that she was forced to rely on friends for groceries. Porizkova said she never signed a prenup with the rocker, a decision she regretted.

When Ocasek died, Porizkova was stunned to learn that the singer cut her out of his will, claiming that she “abandoned” him.

PAULINA PORIZKOVA ALLEGES LATE CARS FRONTMAN RIC OCASEK WAS CONTROLLING: ‘HE DIDN’T WANT ME TO DO ANYTHING’

“I got two mortgaged houses and the pension but no way to pay for anything,” she explained at the time. “So, obviously things had to be sold, but until they got sold, I had nothing to live on. I literally went through a year of asking my friends to buy us groceries. It was not a good position to be in.”

“I had this sort of idea that he knew everything about the world and his word was the word of God and I should just sort of listen to what he said because, obviously, he had the wisdom of living that I hadn’t had,” she said. “And he reminded me of that every [so] often, that he knows better because he’s older.”

While Porizkova was earning about $6 million per year at the height of her career, the cover girl said she was never considered the breadwinner of the household.

PAULINA PORIZKOVA SHARES NUDE PHOTO AS SHE HITS BACK AT HER CRITICS: ‘I FINALLY GET TO DO ME’

“From the very beginning, it always seemed like it didn’t matter how much money I made,” she explained. “It was ‘hobby’ money and his money was the real money.”

In September 2020, Porizkova sold the Gramercy Park townhouse that she and Ocasek called home for more than 30 years for $10 million.

In a new interview with Page Six, Porizkova admitted she wanted to die following Ocasek’s passing.

“It’s not even so much that I thought about how to kill myself or when to kill myself; it was just that feeling of ‘I just don’t know how to go on. I can’t do this anymore. … I just want to go away,'” she told the outlet. “‘I can’t bear waking up tomorrow morning being the same person with the same feelings. I can’t carry it anymore.'”

In October 2021, Porizkova announced that she had settled with Ocasek’s estate. While she declined to reveal how much money she was getting, the model told Los Angeles Magazine’s podcast “The Originals” that she’s “going to be fine.”