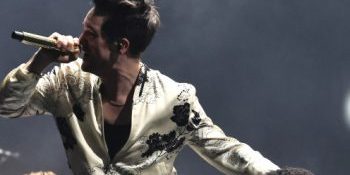 Panic! at the Disco is bringing the panic out of the disco and into your home.

The Brendon Urie-led outfit has announced a streaming concert set to premiere December 7 via the streaming platform Moment. The performance was filmed during the Chicago stop of Panic!’s U.S. tour this year in support of their new album, Viva Las Vengeance.

﻿Viva Las Vengeance﻿, the follow-up to 2018’s ﻿Pray for the Wicked﻿, dropped in August. Its title track hit #1 on Billboard‘s Alternative Airplay chart.