Nickelback getting inducted into Canadian Music Hall of Fame 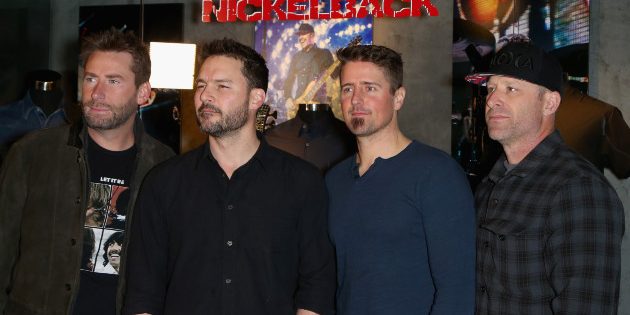 Nickelback is getting inducted into the Canadian Music Hall of Fame.

The “Photograph” rockers, who hail from Hanna, Alberta, will officially receive the honor during the 2023 Juno Awards, the Canadian equivalent of the Grammys. The ceremony takes place March 13 in Edmonton, Alberta.

“Returning home to Alberta, where everything started for us, is truly a full circle, milestone moment for the band,” says frontman Chad Kroeger. “We take so much pride in our Canadian roots and are extremely humbled by this honor.”

Nickelback will also be performing during the show. The group’s new album, Get Rollin‘, drops this Friday, November 18.

The Canadian Music Hall of Fame was established in 1978, and honors “Canadian individuals and groups who have attained commercial success while having an artistic impact on the music scene at home and/or around the world.”