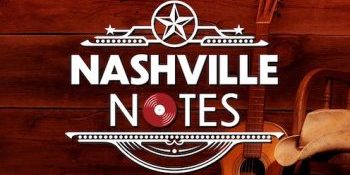 Lainey Wilson is Tractor Supply’s newest brand ambassador, leading the charge on the “Life Out Here” campaign. Featuring her new song “Live Off,” the yearlong partnership, beginning in early 2023, will put a spotlight on emerging artists.

Scotty McCreery just shared the music video for “It Matters to Her.” Featuring real-life video of himself and his wife, Gabi, the clip chronicles Gabi’s pregnancy and their journey to welcoming their first child, Avery, who was born last month.

Mitchell Tenpenny has a new single out called “We Got History.” The song comes off his September album, This is the Heavy.

The fifth annual Dance Party to End ALZ, hosted by Kimberly Williams-Paisley and featuring performances from Brad Paisley and other country artists, returned to Nashville over the weekend. The event raised $250,000 for the Alzheimer’s Association, making it the fundraising event’s most successful year to date.

Chapel Hart, the breakout trio who captivated fans with their reimagined version of Dolly Parton’s “Jolene” as contestants on The Voice, have announced their first-ever headlining tour. It’s called the Glory Days Tour, and it launches in late January 2023.