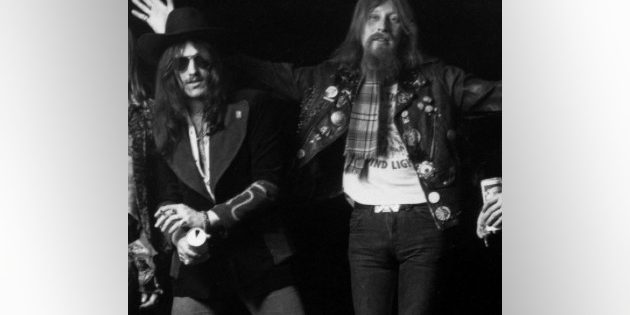 Before Lemmy founded Motörhead, he was famously a member of the “space rock” band Hawkwind — in fact, he named his new band after the last song he wrote for Hawkwind before they fired him in 1975.

The official Motörhead Twitter shared the news Friday that a member of Hawkwind whose time overlapped with Lemmy’s has died.

Multi-instrumentalist Turner died at home Thursday night, according to a post on his Facebook page. He was 82. Turner played saxophone and flute in Hawkwind, and wrote or co-wrote some of the band’s famous songs, including “Brainstorm” and “Master of the Universe.”

Turner had two stints in the band: from 1969 to 1976 and from 1982 to 1985. In between and afterward, he released many solo albums and collaborative projects, the most recent being 2019’s Final Frontier.

Referring to Turner as “The [Mighty] Thunder Rider,” the Facebook post noted, “He has moved onto the next phase of his Cosmic Journey, guided by the love of his family, friends and fans. Watch this space for his arrangements.”