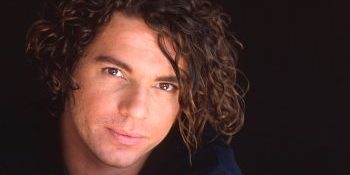 Tuesday marks 25 years since INXS frontman Michael Hutchence died, and now, his sister is expressing her anger over his ex-girlfriend’s failure to reveal the truth about his state of mind at the time of his death.

Hutchence hanged himself in a Sydney hotel room on November 22, 1997, and at the time, his family had no idea he was suicidal. In the 2019 documentary Mystify, however, his ex-girlfriend, supermodel Helena Christensen, revealed he had suffered brain damage as a result of an assault by a taxi driver in Copenhagen. She said he wound up with a crack in his skull, and it caused him to suffer uncontrollable rages, something his sister, Tina Hutchence, wished she had divulged earlier.

Tina tells The Sun she knows her brother was “happy” with Christensen, but she says, “I did feel angry when I first found out about the assault, as I felt it was her duty to say something to his family,” especially since there were so many terrible rumors surrounding his death, including ones suggesting he died during a sex game.

“She was very close to our parents and could have easily reached out,” Tina says. “My first thought was, ‘He died all those years ago. Why didn’t she say something before now?’” She adds, “I’m sure that if Michael didn’t have that accident in Denmark, he would still be with us today.”