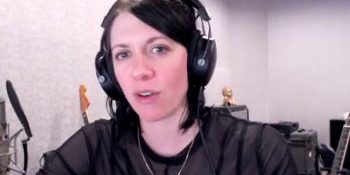 K.Flay has premiered a new single called “It’s Been So Long.”

The “Blood in the Cut” artist wrote the track while “isolating in a bedroom above a garage in Tennessee” during a bout of COVID-19.

“It’s about not giving a f*** and being yourself and feeling powerful in your body and mind,” she says.

K.Flay adds that the song has “taken on a whole new meaning” for her after she lost hearing in one ear.

You can listen to “It’s Been So Long” now via digital outlets and watch its accompanying video streaming now on YouTube.

“It’s Been So Long” follows K.Flay’s album ﻿﻿Inside Voices/Outside Voices﻿, which was released in February.