Judge Judy’s granddaughter says tough-talking ‘nana’ has a ‘softer’ side: ‘I get the benefit of seeing both’ 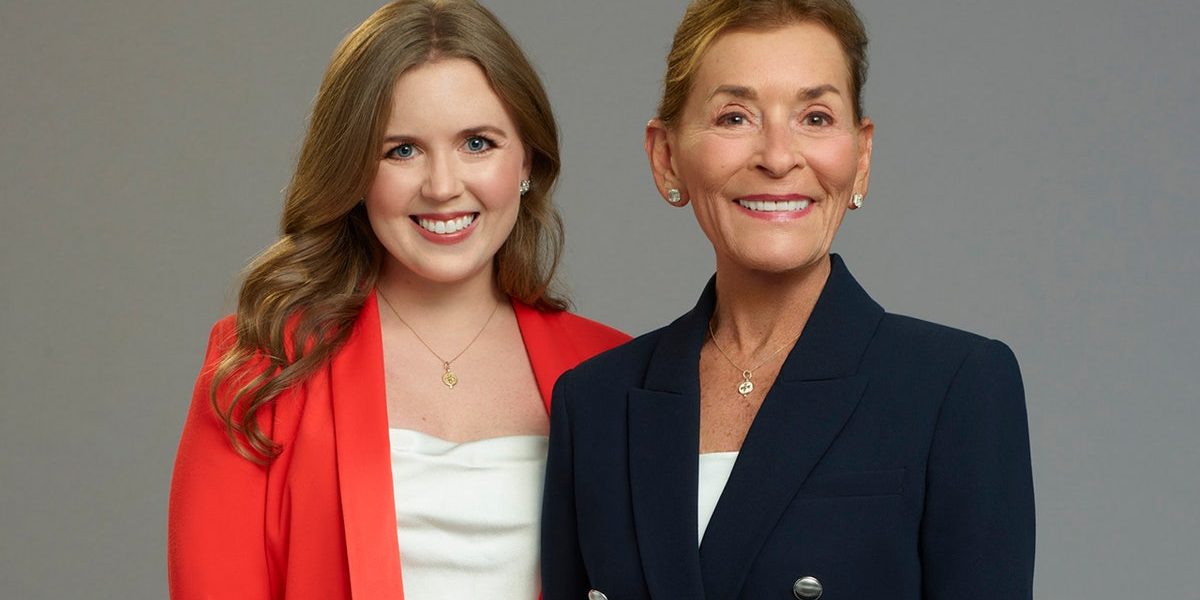 When Sarah Rose decided to pursue a career in law, she knew exactly who to turn to for advice — her grandmother, Judge Judy.

Judith Sheindlin, whose long-running syndicated courtroom show “Judge Judy” ended in 2021, has been dispensing her tart brand of justice in a new series, “Judy Justice.” The show is produced by Amazon Studios and premiered late last year. The new season debuted this month.

“My family is chock-full of lawyers,” the 25-year-old, who is one of Sheindlin’s 13 grandchildren, told Fox News Digital. “Every family dinner was something legal related. And I remember sitting at the adults’ table but still feeling like I was at the kids’ table, not being able to really engage with what they were discussing, the topics and different cases that my father or my aunts and uncles were trying at the time.

“I wanted to be in on the action. I wanted to get in on the conversation. So I went to law school and figured out how to communicate like a lawyer, how to think like a lawyer. And now, I hold my own at the family table as much as anyone else. I’m really happy with how it all turned out.”

JUDGE JUDY WANTS REESE WITHERSPOON TO PORTRAY HER IN A BIOPIC

Earlier this year, Sheindlin, 80, was joined by three generations of her family as she delivered the commencement address at New York Law School. During the ceremony, she presented Sarah Rose her diploma.

“[She taught me] not to let anybody else define you but yourself,” Sarah Rose explained. “You have to have a good feeling about yourself and be confident in yourself. And, really, if you have that as a foundation, the opportunities are endless for where your journey might lead. I’ve always taken that to heart. No matter what anyone else’s opinions, feelings or thoughts are, I just know that I’m secure in myself. And she’s playing a big role in that.

“She’s given me the confidence to feel that way while I was growing up,” Sarah Rose revealed. “I think that’s the best piece of advice she’s ever given me. You have to define yourself, and you tell other people who you are. Not the other way around.”

“Judge Judy” aired for 25 years before it came to an end. The tough-talking former New York family court judge’s popularity made her the highest-paid personality on TV. When it came time for her second act, the TV star asked her granddaughter to join her as her new law clerk.

“I think this season, more so than last season, I’ve gotten a bit more comfortable disagreeing with her or even bringing up points that maybe she didn’t discuss in her ruling that I think the audience might have picked up on,” Sarah Rose explained. “So I try and ask her about those points during our discussions now.

“But I think it’s so important for people to see a healthy discourse between generations too,” Sarah Rose added. “I mean, I can’t be the only grandchild who doesn’t always agree with their grandparents. I think that adds a really different dynamic and a different piece of the show that wasn’t there before. Now, different generations can connect, see our viewpoints and how we disagree with each other in a healthy way, in a respectful way.”

Sarah Rose insisted that, at home, when cameras aren’t rolling, her sassy “nana” isn’t afraid to serve a healthy dose of tough love.

“That’s still there,” Sarah Rose chuckled. “The no-nonsense grandmother is still there. But there is a much softer, supportive side. She’s the first person I call if I have a problem or a question or something that needs to get solved. She’s a fantastic problem solver, especially for the ones that she loves.

JUDGE JUDY CELEBRATES 80TH BIRTHDAY WITH ‘IDYLLIC’ BAHAMAS GETAWAY: ‘ONE COULD NOT HAVE A BETTER BIRTHDAY’

“That support and love … that’s what I think a lot of people don’t think exists because of who they see on camera, which is understandable. But that’s one of the things I wish people either recognized or knew. But I get the benefit of seeing both.”

Sarah Rose previously interned at “The Late Show with Stephen Colbert.” And as a third-generation lawyer in the family, she’s eager to roll up her sleeves.

“I hope people get the same thing they’ve been getting for 25 years – truth, justice, all the underlying themes that ‘Judge Judy’ has been about for all these years, but with a new element,” she said.

“Being able to have healthy discourse between generations is hopefully my take and what I hope people get out of it. … I think we all bring something different, which is great because audiences now have members of the cast to connect with in different ways.”