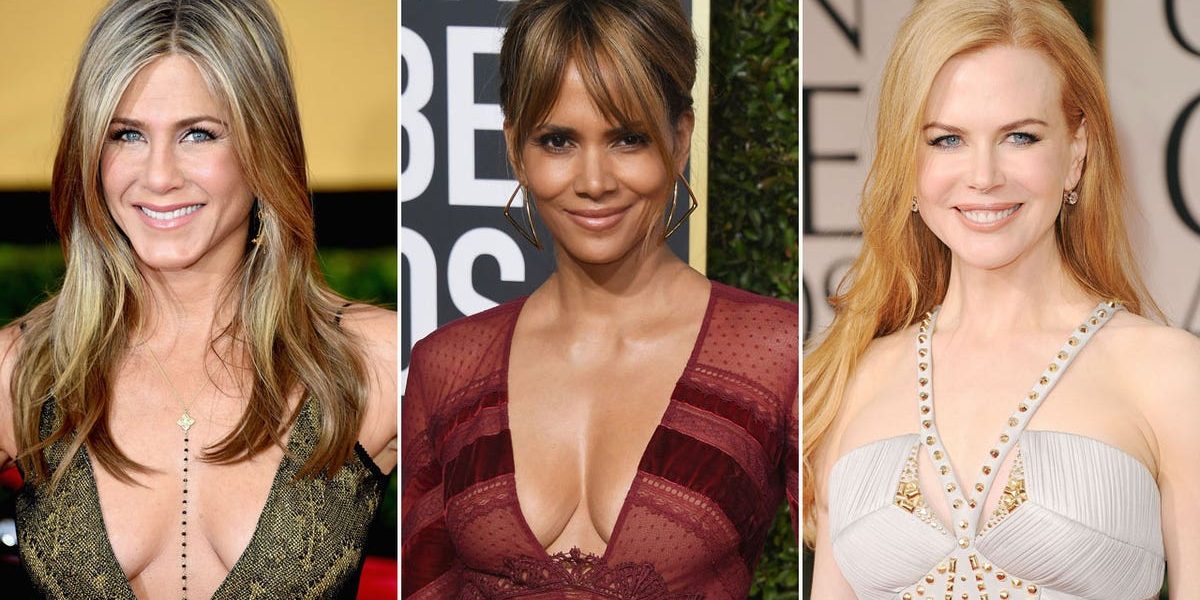 Jennifer Aniston recently broke her silence on her struggle to get pregnant and admitted that she has “zero regrets” about the process, making her the latest of many celebrities who went public with their troubles having children.

Aniston, now 53, did not specify when she went through the in vitro fertilization process.

“I was trying to get pregnant,” the actress revealed during an interview with Allure magazine. “It was a challenging road for me, the baby-making road.”

The “Friends” star revealed that nobody knew about her IVF journey and struggle with infertility.

“All the years and years and years of speculation. … It was really hard. I was going through IVF, drinking Chinese teas, you name it. I was throwing everything at it. I would’ve given anything if someone had said to me, ‘Freeze your eggs. Do yourself a favor.’ You just don’t think it. So, here I am today. The ship has sailed.”

Aniston also revealed she has “zero regrets,” saying, “I actually feel a little relief now because there is no more ‘Can I? Maybe. Maybe. Maybe.’ I don’t have to think about that anymore.”

JENNIFER ANISTON REVEALS INFERTILITY, IVF JOURNEY: ‘I WAS THROWING EVERYTHING AT IT’

Board-certified OB/GYN and founder of Trimly, Dr. Thais Aliabadi explained to Fox News Digital the benefits of freezing your eggs at a young age.

“I tell my patients to consider freezing their eggs between the ages of 28 to 32, especially my PCOS and endometriosis patients,” Aliabadi said. “After the age of 30, egg count and quality declines and it becomes harder to get pregnant. Freezing eggs at a young age ensures greater egg quality and a better outcome for mother and baby. I tell my patients to consider alternative options including using an egg donor only if we have exhausted other options to get pregnant.”

“Early diagnosis and treatment of the underlying conditions and egg freezing can impact their fertility journey,” she further explained. “I have referred 18 year old patients with endometriosis for egg freezing who would otherwise not have a chance at freezing eggs later on in life. As women, there is also a constant pressure to have a baby and that can be overwhelming, especially for those who are struggling. It must have been even harder on Jennifer Aniston because of who she is and the constant spotlight. I am glad to hear that she does not have any regrets now and she’s happy. That’s what matters the most.”

However, many women can get pregnant in their 40s.

“I have seen women in their 40s decide to start a family and successfully do so,” Aliababi emphasized. “There are so many different reasons why a woman waits to get pregnant. They may want to focus on their career, wait until they are married to conceive, or simply want to wait before starting a family. Many more women today are in the workforce as compared to our mothers and grandmothers as well. Whatever the reason may be, there are resources available to help these women get pregnant.”

Aniston isn’t the only celebrity to use alternative methods to try to get pregnant.

Here are seven celebrities who had children later in life:

Halle Berry welcomed her second child with ex-husband Olivier Martinez at the age of 47.

“I didn’t think it was possible at my age, honestly. They call it a geriatric pregnancy,” she once told Ellen DeGeneres about her chances of getting pregnant.

“I was, you know, on my way,” she explained. “This is probably way TMI, but I was kinda premenopausal, so to have this happen was huge.”

The actress emphasized that she didn’t think it was “possible” for her to have another baby.

Berry also shares her daughter, Nahla, with ex-boyfriend Gabriel Aubry. The “Catwoman” star admitted that her daughter “prayed” for a little brother before she welcomed her miracle baby.

“She prayed and prayed for him for like a year and a half for a baby and a bunk bed, and she got both of those things,” Berry told DeGeneres.

Nicole Kidman struggled with difficult pregnancies while married to Tom Cruise. The two eventually chose the adoption route and added a daughter and son to their family.

After her divorce from Cruise, Kidman went on to marry Keith Urban.

The “Little White Lies” actress welcomed her first biological daughter in 2008. Kidman and Urban welcomed their second daughter in 2010 via a “gestational carrier.”

Kidman has been candid about her experience with pregnancy and fertility.

“Anyone that’s been in the place of wanting another child or wanting a child knows the disappointment, the pain and the loss that you go through trying and struggling with fertility,” Kidman said during an interview with the Australian “60 Minutes” show.

“Fertility is such a big thing, and it’s not something I’ve ever run away from talking about.”

The couple’s decision to use a gestational carrier came from a place of desperation, according to the movie star.

“We were in a place of desperately wanting another child,” Kidman said during the broadcast.

“This opportunity arose for us, and I couldn’t get pregnant,” she added.

Brooke Shields struggled with infertility. She underwent multiple rounds of IVF before becoming pregnant in 2002. After welcoming her first daughter, Shields got pregnant naturally at the age of 41.

Shields detailed her journey with pregnancy and her struggle with postpartum depression in her book, “Down Came the Rain: My Journey Through Postpartum Depression.”

“Though she’d met and married her Prince Charming, she was having trouble conceiving,” Shields wrote in the book. “She began to realize that her dream wasn’t going to come true without a great deal of medical help.”

“So she went on a long journey through the world of fertility treatments. When none of them worked, she got frustrated and depressed. She felt like a failure.”

“And then one day, finally, she became pregnant. She was thrilled beyond belief. She had a wonderful pregnancy and a perfect baby girl. At long last, her dream of being a mommy had come true. But instead of being relieved and happy, all she could do was cry.”

Wilson opened up about her health and how it could have impacted her chances at having a child in an interview with People magazine.

The “Pitch Perfect” star revealed that her decision to embark on a “year of health” came after her fertility doctor noted she’d have a better chance at becoming a mom if she made some changes.

“He looked me up and down and said, ‘You’d do much better if you were healthier,'” the actress told the outlet.

“I was taken aback. I thought, ‘Oh God, this guy’s so rude.’ He was right. I was carrying around a lot of excess weight. It’s almost like I didn’t think of my own needs. I thought of a future child’s needs that really inspired me to get healthier.”

“After the first miscarriage, I tried to take the attitude that it was my body’s way of telling me that this pregnancy wasn’t meant to be,” Brinkley told Good Housekeeping during an interview in 1998.

“But after the second one, it was really devastating. Four months is a lot of living with that little life in you – thinking about it, eating right for it, nurturing it, and all of a sudden, it dies. After the second one, we decided to try in vitro because both Peter and I felt we couldn’t handle another failure.”

Celine Dion gave birth to twin boys at the age of 41 after multiple failed rounds of IVF.

“I’ve always been an open book. My way for me to deal with my own situation is that I take one step at a time,” Dion told “Good Morning America” in 2010. “It’s something very beautiful when you want to conceive and when you want to be parents again, when you want to be blessed again. And for me to share this is about also bonding with other women that are going through the same thing.”

Chrissy Teigen conceived both her first and second child – Luna and Miles – via IVF.

After losing their third child, Teigen and John Legend revealed in August that they are expecting. The 36-year-old model experienced pregnancy complications at 20 weeks that led to the loss of their third child.

“The last few years have been a blur of emotions to say the least, but joy has filled our home and hearts again,” Teigen’s Instagram caption read.

“1 billion shots later (in the leg lately, as u can see!) we have another on the way. Every appointment I’ve said to myself, ‘ok if it’s healthy today I’ll announce’ but then I breathe a sigh of relief to hear a heartbeat and decide I’m just too nervous still.”