Gene Simmons says he knows the date of KISS’ last-ever show, but won’t reveal it 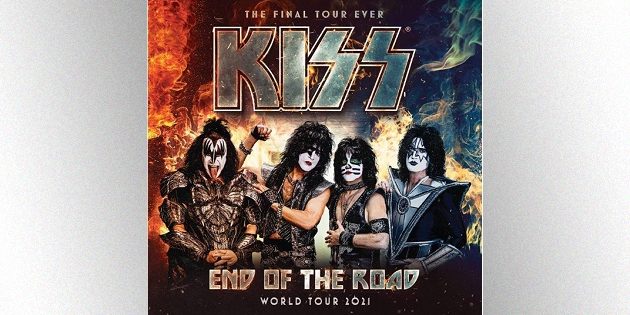 KISS‘ End of the Road World Tour has been going on since 2019, but Gene Simmons says it will eventually end, and after that, he promises, “No more touring.”

“We love the fans, and we don’t want to stay on stage too long, but we’re having the time of our lives,” Simmons tells Page Six, noting that they’ve added another 100 cities to the tour. But he says he knows exactly when the band will officially call it quits.

“I know where and when, but I’m not [revealing yet],” he teases. “I do know the last day and date. But you don’t want to find out what you’re getting for Christmas as a present in July, right?”

He adds, “At the end of that, no more touring.”

Since the band did a “Farewell Tour” from 2000 to 2001, fans could be forgiven for not believing Simmons this time. But as he tells Page Six, “We were honest about it. It wasn’t a trickery or anything. We had the original guys, Ace [Frehley] and Peter [Criss], who were not performing up to snuff. It had to do with drugs and alcohol. I don’t want to sugarcoat it.”

“We decided…we should probably end it. I don’t want to be up on stage and do a lackluster show,” he explains. “And then as we were about to stop, the fans were saying, ‘Why don’t you just replace them, like a football team?’ We thought about it for a while and we said, ‘Yeah!’”

“I’m not ready. One second she’s just a pair of cheeks with little legs walking around. Next second, she’s a grown woman,” he said. “I’m not ready. But it’s happening. She’s getting married and he’s a great guy.”