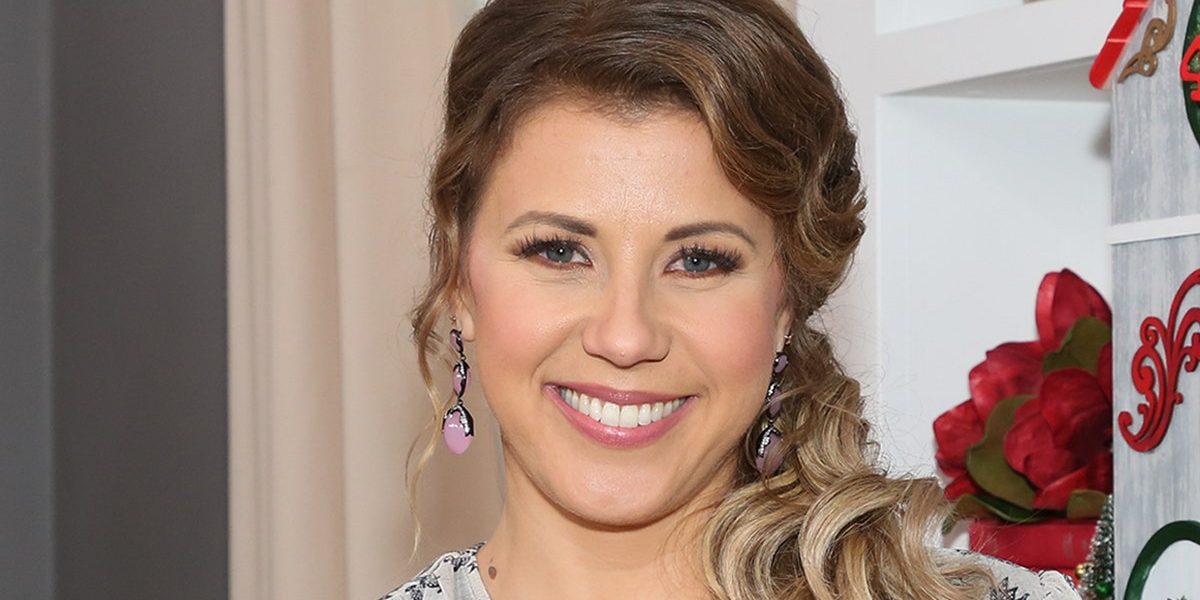 A few of her former castmates, including Candace Cameron Bure, John Stamos and Andrea Barber, were in attendance to watch Sweetin say “I do” to the clinical social worker, who proposed in January.

Sweetin walked down the aisle with her father Sam, and wore a white lace Lili Bridals dress with delicate appliques and a sweeping train.

“I know I have the right partner for the rest of whatever life brings me,” Sweetin told People magazine. “And I couldn’t be more grateful.”

Her two daughters – Zoie, 14, and Beatrix, 11 – stood beside her as she exchanged vows and wedding rings with Wasilewski.

The couple included the girls in the ceremony by gifting them with matching yellow gold and diamond Kay Jewelers Circle of Gratitude necklaces.

After the ceremony, guests enjoyed tacos and a guacamole bar from Border Grill before cake and dessert bites courtesy of Big Sugar BakeShop.

“I didn’t want it to be fussy,” Sweetin said of the small reception with just 50 people in attendance. “The look is very organic and natural. It’s just about good food and good friends – and twinkle lights!”

Sweetin and Wasilewski began dating long-distance after meeting through friends in 2017. He was living in New York and she was based in Los Angeles.

The former “Dancing with the Stars” contestant said “all the pieces just fell into place” when he moved to the West Coast.

“Mescal makes me feel absolutely comfortable and secure to shine as bright as I need to,” she said. “He steps up and shows up for my girls. And we harmonize so well. He’s really the best teammate I could ask for.”

The couple announced their engagement on Instagram in January shortly before her 40th birthday.

“I love you Mescal, for always. You’re my person. I can’t wait to see the life that lies ahead for us.”

Sweetin, who is known for portraying Stephanie Tanner on the popular ’90s sitcom that also starred the late comedian Bob Saget, has been married three times.

Anne Heche car crash: A look at other stars in major accidents
August 7, 2022

Anne Heche’s neighbor says it was ‘tough’ to hear star was ‘not okay,’ couldn’t rescue her amid engulfing fire
August 7, 2022