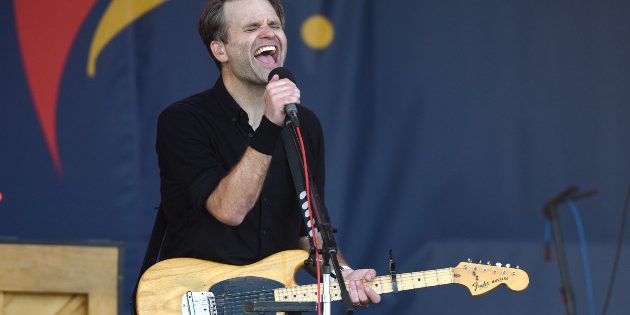 After teasing the arrival of new music last week, Death Cab for Cutie has delivered on that promise.

The “Soul Meets Body” outfit has premiered a new song called “Roman Candles,” the first single off the group’s next album, Asphalt Meadows.

“‘Roman Candles’ is about the crippling, existential dread that goes hand in hand with living in a nervous city on a dying planet,” Death Cab says. “And that the only way to be in the moment is to let it all go.”

You can listen to “Roman Candles” now via digital outlets. Asphalt Meadows, the 10th Death Cab studio album and the first since 2018’s Thank You for Today, arrives in full on September 16.

Along with the album news, Death Cab has also announced a fall U.S. headlining tour, set to kick off September 22 in Madison, Wisconsin. Tickets go on sale next Friday, May 20, at 10 a.m. local time.

For the full list of dates and ticket info, visit DeathCabforCutie.com.