Cher gets a kiss during date night with new boyfriend, Alexander Edwards, who is 40 years her junior 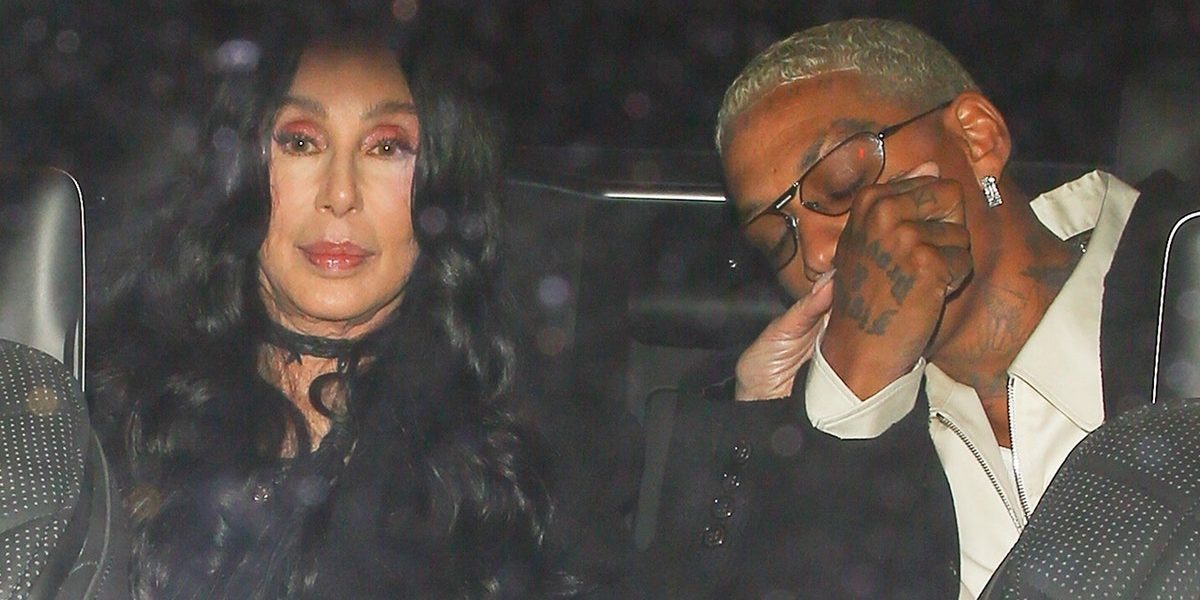 Cher and her much younger man, Alexander “A.E.” Edwards were spotted getting affectionate during a date night in Los Angeles.

In one photo, Edwards is seen kissing Cher’s hand romantically in the back seat of a car.

The 76-year-old singer and her 36-year-old boyfriend had dinner at Olivetta in West Hollywood on Saturday night.

During their three-hour-long outing, the couple was joined by rapper Tyga, who is a friend of Edwards.

Last week, the “Believe” singer went on the defense after receiving criticism for her new relationship with Edwards, who is 40 years younger than her. Cher wrote on Twitter, “I’m Not Defending us. Haters are Gonna Hate…Doesn’t [sic] Matter That we’re Happy & Not Bothering Anyone.”

Edwards previously dated model Amber Rose from 2018 through 2021. The former couple share one child together.

In addition to slamming haters, Cher answered her fans’ burning questions about her relationship with the music executive.

She revealed that she met her new beau during Paris Fashion Week, in which she walked in the Balmain fashion show.

One fan expressed to Cher, “He better be treating you like the queen you are,” to which she replied “LIKE A” with a crown emoji.

This is not the first high-profile relationship Cher has been in. In addition to being married to Sonny Bono and Greg Allman, she also previously dated Val Kilmer, Gene Simmons and Tom Cruise.

Cher once famously said in an interview, “I love men. I think men are the coolest, but you don’t really need them to live. My mom said to me, ‘You know sweetheart, one day you should settle down and marry a rich man.’ I said, ‘Mom, I am a rich man.’”