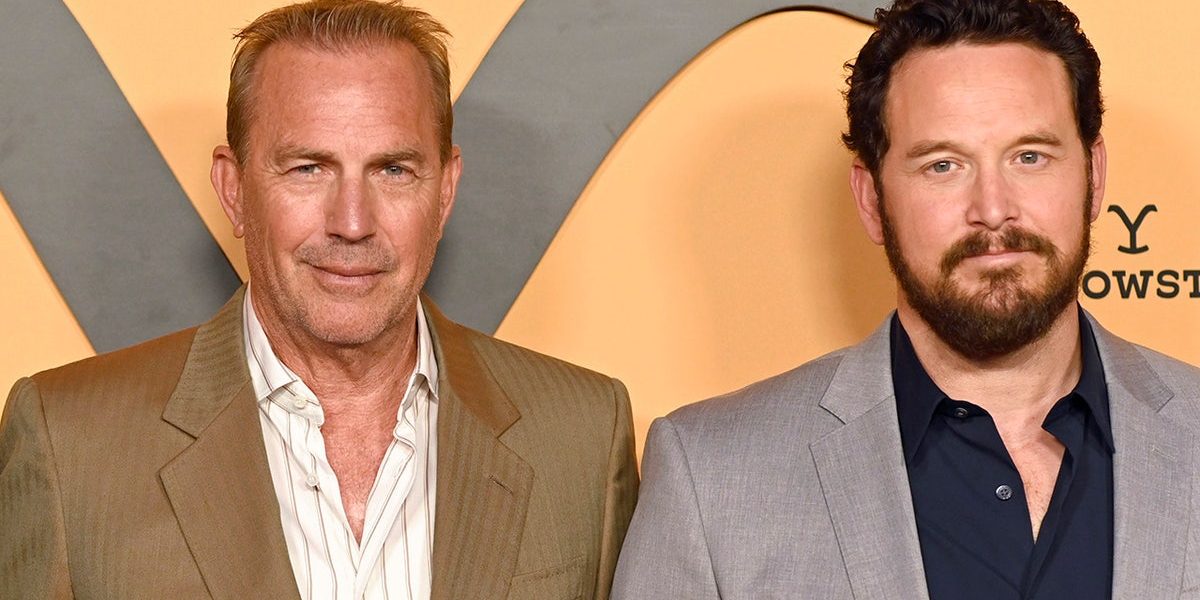 Cole Hauser and Kevin Costner have gotten closer than ever as they saddle up for season 5 of “Yellowstone.”

The Western drama, created by Taylor Sheridan, explores how John Dutton, played by Costner, is handling life as the governor of Montana and the unexpected challenges that role brings to his ranching family. The hit series, which has garnered surprising fans such as Drake, has been airing since 2018. The new season premiered on Sunday.

Hauser told Fox News Digital that he and his TV father-in-law have bonded over the years.

“[What surprised me about Costner is] just what kind of human being he is,” the 47-year-old explained about the 67-year-old. “Before an actor or as a creative soul is just him as a person. He’s from the kind of area in California [that I’m from]. He’s from Ventura. I’m from Santa Barbara. And getting to know him over the last five years, I mean I’ve learned a lot about just being a gentleman on set and just a class act… He’s got [a] a family. I have three kids, a wonderful wife. And he’s just someone to look up to in my opinion. And then creatively, his storytelling, his want and desire to continue to push the envelope as a… creator… it’s inspiring.”

The series has helped launch the Western comeback in Hollywood.

After the Costner-led “Yellowstone” became a smash hit, the Paramount+ streaming service ordered the series “1932,” about the roots of the Dutton family. In February, the service also announced that the first prequel, “1883,” will be back for a second season. Sam Elliott, Tim McGraw and Faith Hill are among its stars.

Despite the show’s success, Hauser admitted that “it’s not easy” leaving behind his family for long periods to film in Montana. He and his wife, photographer and former actress Cynthia Daniel, have been married since 2006.

“The kids are getting older,” he said. “I have an 18-year-old, a 14-year-old and a 9-year-old. Being away for five, six months out of the year is not easy. But I try to get back. They come up during the summer when they’re not in school and not playing sports. We make it work out. But there’s always trying to be better when it comes to making sure that I’m around… especially for my two oldest boys. They definitely need me. So it’s work to navigate the two.”

Hauser noted he is always eager to help his children embrace the great outdoors, especially while he is filming. The actor, who grew up in Oregon, previously told People magazine that his childhood was filled with riding horses and “cruising around with cows.”

“They love to fish,” he boasted. “We fish a lot on the Bitterroot and that’s our time to just chill out, talk about life and what’s going on with them. And then we sit under the stars a lot out there. Montana’s a very peaceful place to spend time with your loved ones, family and friends… You have to study for the week, of course, but on weekends, I dedicate as much time as I can to them. I navigate time just for them.”

“You gotta put in saddle time,” he said. “There’s no way around it. You’re gonna be sore for the first week, 10 days… you have to be great as a horseman. And Taylor [Sheridan] has been great throughout the five years of putting me with some of the best in the business when it comes to continuing to grow and be better not only [in] my job as a cowboy, but also in the world of being a great horseman. So I’m blessed and lucky to have these people around me. And I’ll continue to do it. I mean, there’s no way you can ever be great at it. It’s just one of those things you have to continue to work on.”

Additionally, being right in the mountains of Montana has its perks. Hauser said that along the way, he has learned some valuable lessons from real-life cowboys.

“It’s all about discipline and riding continuously,” he said. “It’s important to always look for those little diamonds that they give you along the way, whether it’s roping, cutting, or riding. We’re around some of the greatest professionals when it comes to riding in the world. You open your ears and listen. Thankfully, I think they’re pretty happy with what I’m doing.”

Shortly before Hauser took on the role of Wheeler, he broke his back falling off a horse filming the movie “The Last Champion.” At first, he was worried about his ability to ride again, but as the saying goes, if you fall off a horse, you get right back on.

“It was a bit rough, but a lot of it is mental,” said the star. “And what I found [with] getting back on the saddle is that I strengthened my back because your core is such a big thing when it comes to riding. And so, it actually helped me when I had broken my back… three months prior to getting the job, and then getting back on the horse and really just working my core out.”

“It fixed my back,” he insisted. “In fact, when I actually stop riding is when it starts to hurt. So the months I take off in between ‘Yellowstone’ and going back to work is when I have to continue to make sure my core is strong. ‘Cause as you get older… the body starts to fall apart.”

Hauser beamed when told that chances are, he was meant to be on a horse.

‘YELLOWSTONE’ STAR COLE HAUSER RECALLS THE MOMENT HE REALIZED RIP WHEELER WAS A HEARTTHROB: ‘SHE GOOSED ME!’

“I started that way and I think I’ll end that way,” he said.