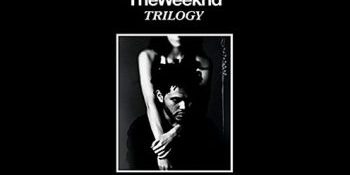 The Weeknd is flirting with the idea of taking his compilation album Trilogy — which contains his first three mixtapes — off of streaming platforms. He said the reason would be to prevent confusion.

The singer took to Twitter on Sunday to explain, “if y’all wanna hear the trilogy how it’s supposed to be listened to … listen to House of Balloons, Thursday and Echoes of Silence individually.”

Last year, The Weeknd announced he released his debut mixtape House of Balloons onto streaming services “in its original incarnation” in celebration of its 10th anniversary. It contained “the original mixes and samples” that aren’t available on the Trilogy album.

He gave his next two mixtapes the same treatment on their respective anniversaries.

Now that fans can stream his first three individual mixtapes, The Weeknd wants to remove his compilation album from streaming platforms. He explained, “Not all samples are on trilogy and the mix isn’t the original mix. But shout out trilogy but fyi, for the new fans, it isn’t an album.”

“I might get rid of the compilation just so there’s no more confusion, now that ALL the samples are finally cleared since December 17, 2021,” the singer continued in a follow-up tweet.

He later clarified, “But I also know there are fans of the compilation so I might not get rid of it.”

Fans reacted to the announcement with confusion, with some pushing back against the move.

When one fan argued ﻿Trilogy﻿ is “better” than the individual mixtapes, the singer fired back, “yeah but for example [“The Birds (Part 2)”] on original is wayyyy better sounding than on trilogy … my personal opinion.”

At this time, Trilogy is still available on streaming services such as Spotify, Pandora and Apple Music.

The post The Weeknd toys with removing ﻿’Trilogy’ album from streaming “just so there’s no more confusion” appeared first on Regional Media News.