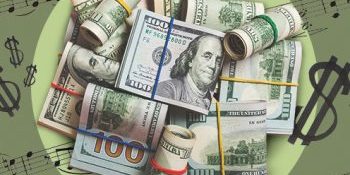 Artists like Bruce Springsteen and Bob Dylan have sold the rights to their catalogs in recent years, and the latest catalog that’s been snapped up is that of the late Harry Nilsson.

The Grammy Award winner’s song publishing catalog has been acquired by BMG in a deal with his estate that also includes artist and writer revenue streams of his classic tunes. The company also plans to team up with Nilsson’s family on possible future projects in areas of film, television, books and more.

Nilsson, who passed away in 1994, had a two-decade-long career and is best known for such songs as “Without You”; “Everybody’s Talkin’” from the soundtrack to 1969’s Midnight Cowboy; and “One,” which was recorded by Three Dog Night, as well as such albums as Nilsson Schmilsson and Son of Schmilsson. He also collaborated with several big names, including co-writing “Mucho Mungo/Mt. Elga” and “Old Dirt Road” with John Lennon and “How Long Can Disco On” with Ringo Starr.

“We are delighted to have found a partner that shares our love and reverence for Harry’s legacy,” Nilsson’s family shares in a statement. “We look forward to a long relationship with BMG, working together to celebrate this true genius of pop music.”