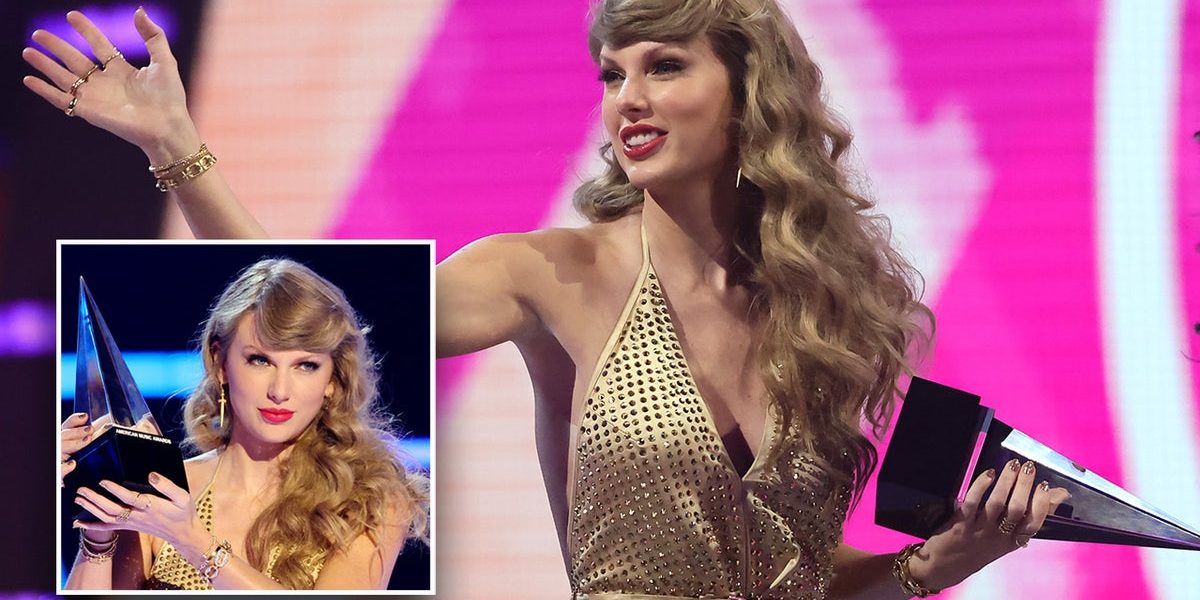 Taylor Swift made history at the American Music Awards Sunday, becoming the first artist to earn 40 wins at the 50th annual show.

“You know, in the past few years, I have released more music than I did in the entire decade proceeding that, and I really feel like that’s down to the fact that you, the fans, wanted to hear lots of music that I would make,” she said while accepting the award for artist of the year. “You encourage me.”

Swift extended her run as the artist with the most American Music Awards, with Michael Jackson following in second place with 26 wins and Whitney Houston with 22 trophies to her name.

“I have the fans to thank essentially for my happiness,” Swift shared. “I love you more than I can say. I cannot express how unbelievable it is to me that I get to do this and that you still care.”

She added, “Thank you underlined with 13 exclamation points… I love you.”

Swift decided not to walk the red carpet at the Microsoft Theater in Los Angeles, likely due to the massive backlash from the Ticketmaster fiasco that ensued days before.

Millions of fans were left out in the cold when it came to acquiring coveted tickets to her upcoming “The Eras Tour” after Ticketmaster sold out of concert tickets during pre-sales, and forced the retailer to cancel the public sale. The site later admitted more than two million tickets were purchased, claiming they had “the most tickets ever sold for an artist in a single day.”

“We want to apologize to Taylor and all of her fans – especially those who had a terrible experience trying to purchase tickets. We feel we owe it to everyone to share some information to help explain what happened,” Ticketmaster later posted on Twitter.

Swifties were furious from waiting in online queues for hours, only to be told they would have no chance to see Taylor live. The “Bejeweled” singer later addressed her following and said it “really pisses me off” that any of her fans had to go through “several bear attacks” to get tickets.

Here is a look at the rest of the American Music Award winners:

Favorite Pop Song: Harry Styles: “As It Was”