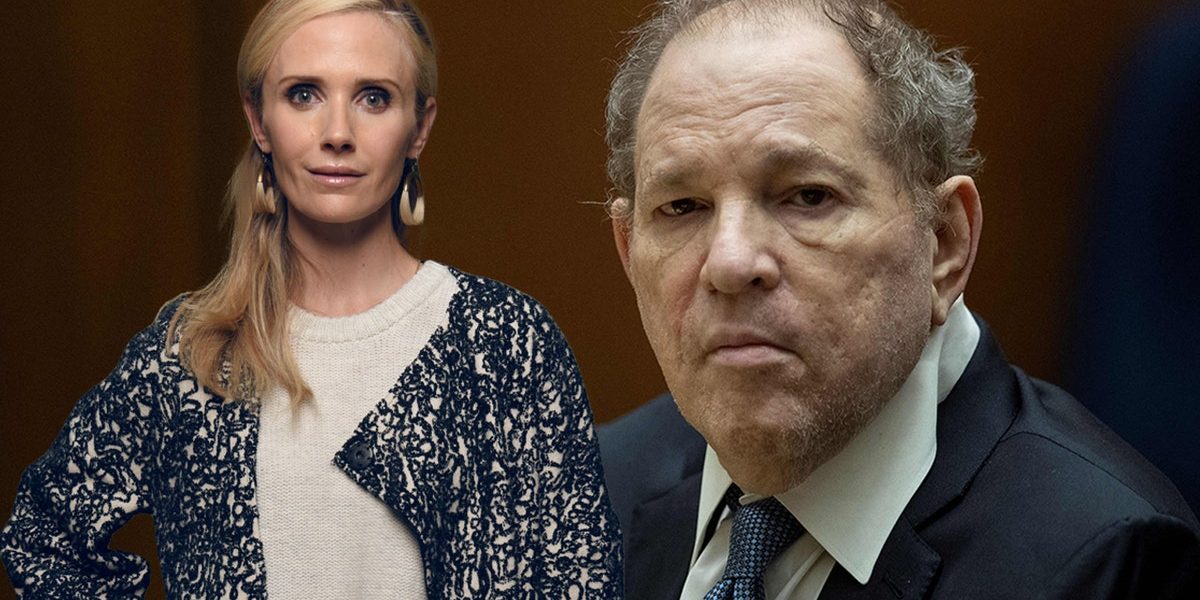 Siebel Newsom became emotional when asked if she saw the person in the courtroom that she met at the Toronto International Film Festival in 2005. From the witness stand, Siebel Newsom went silent before muttering “yes” into the microphone through tears as she looked toward the defense table and began describing Weinstein for the record.

“He’s wearing a suit, and a blue tie, and he’s staring at me,” she said while crying.

The 70-year-old disgraced movie mogul is already serving a 23-year sentence for a conviction in New York.

Siebel Newsom was “a powerless actor trying to make her way in Hollywood” when Weinstein allegedly raped her at a hotel in Beverly Hills during what she thought was a meeting to discuss her career, Deputy District Attorney Paul Thompson said during the trial’s opening statements.

Weinstein attorney Mark Werksman argued that the two had consensual sex and claimed she was using him to advance her career.

Siebel Newsom described their initial meeting was at the festival in September 2005 with friends from the entertainment industry. When he approached her in the hotel lobby, she said, “It felt like the Red Sea was parting. I don’t know if it was deference or fear.”

Siebel Newsom added, “I felt a bit intimidated. He was charming. He treated me initially like he was really curious about me. Maybe flattered is how I felt?”

During opening statements, Werksman told jurors that Siebel Newsom was “a very prominent citizen of California” who has made herself “a prominent victim in the #MeToo movement.”

“Otherwise,” Werksman said, “she’d be just another bimbo who slept with Harvey Weinstein to get ahead in Hollywood.”

Werksman said many of the counts his client is charged with were actually consensual sex that his accusers reframed after he became a lightning rod for the #MeToo movement in 2017.

Weinstein was extradited to California in July 2021 to face 11 sexual assault counts made by four women in Los Angeles and Beverly Hills between 2004 and 2013.

The charges include rape, forcible oral copulation, sexual battery by restraint and sexual penetration by use of force.

Weinstein was convicted in New York in February 2020 of forcibly performing oral sex on a TV and film production assistant, Mimi Haley, in 2006 and raping an aspiring actress in 2013.

He was acquitted of first-degree rape and two counts of predatory sexual assault stemming from actor Annabella Sciorra’s allegations of a mid-1990s rape. He has denied ever engaging in non-consensual sex.