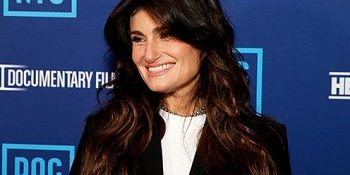 Idina Menzel revealed the advice she imparted to Ariana Grande and Cynthia Erivo, who will respectively play Glinda and Elphaba in the big-screen adaptation of Wicked.

Menzel, who originated the role of Elphaba on Broadway, recalled what she told the two leading ladies of the complex, green-skinned character. “Just always keeping in mind that what’s underneath it all is just a woman that wants to be loved,” Menzel told E! News.

She noted Elphaba isn’t just looking to be accepted, she also “has incredible power” and “she just has to figure out how to harness that and get it out in the world.”

When it came to doling out advice to both actresses, Menzel said she told them to “think of all the other little young women or men that are or anybody that are watching them to see what it’s like to be different but be beautiful and to own that.”

Menzel added she has total faith in Ariana and Cynthia. “They don’t need my help. They are so supremely talented,” the Broadway legend expressed. “I just said, ‘Look, if you’re ever having a day and you need to kind of get back to what it’s all about, I’m here if you want to talk, that’s all.’”

﻿Wicked﻿﻿, a musical retelling of ﻿The Wizard of Oz﻿ originally starring Kristin Chenoweth and ﻿Menzel﻿﻿﻿ as Glinda and Elphaba, respectively, made its Broadway debut in 2003. Menzel later earned the Tony Award for Best Actress in 2004.

﻿Wicked﻿, the movie, is currently in production and will be split into two films. The first installment is slated to hit theaters in December 2024.