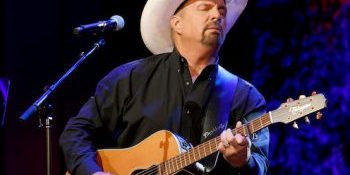 When Garth Brooks came out of retirement in 2014, he did so with a bang. He mounted a three-year, 390-date Comeback arena tour; after that ended, he doubled down with his Stadium Tour.

And now, just a couple of months after wrapping that trek with five sold-out dates at Dublin’s Croke Park stadium in September, Garth’s back at it with a Las Vegas residency set to begin next spring.

After years of record-breaking live appearances, Garth says he still feels shocked and lucky that he got a chance to return to country superstardom in the first place.

“Still to this day, I’m floored that I got a second half of a career,” he tells Billboard.

But Garth doesn’t mind admitting that his hectic touring schedule since then has run him ragged. “I could never do it again if I tried,” he says of his nearly 400-date Comeback Tour. “I still don’t know how the hell we did it — there was one run that was 15 shows in 12 days.”

Especially after the massive crowds of his Stadium Tour, Garth says he’s eager to strip his show down to a smaller setting when he heads to Vegas next year.

“What I love about the residencies is you can see every individual and see what’s going on with them. Lock into them because they’ll get you through a song,” he relates. “If you’re sitting there going, ‘Why am I straying so much in my head right now?’ Boom! You’ll find that person that this is their favorite song. And then it becomes your favorite song to sing in that moment. That’s what I really love.”

The post Garth Brooks is still “floored” at his live success after coming out of retirement appeared first on Regional Media News.