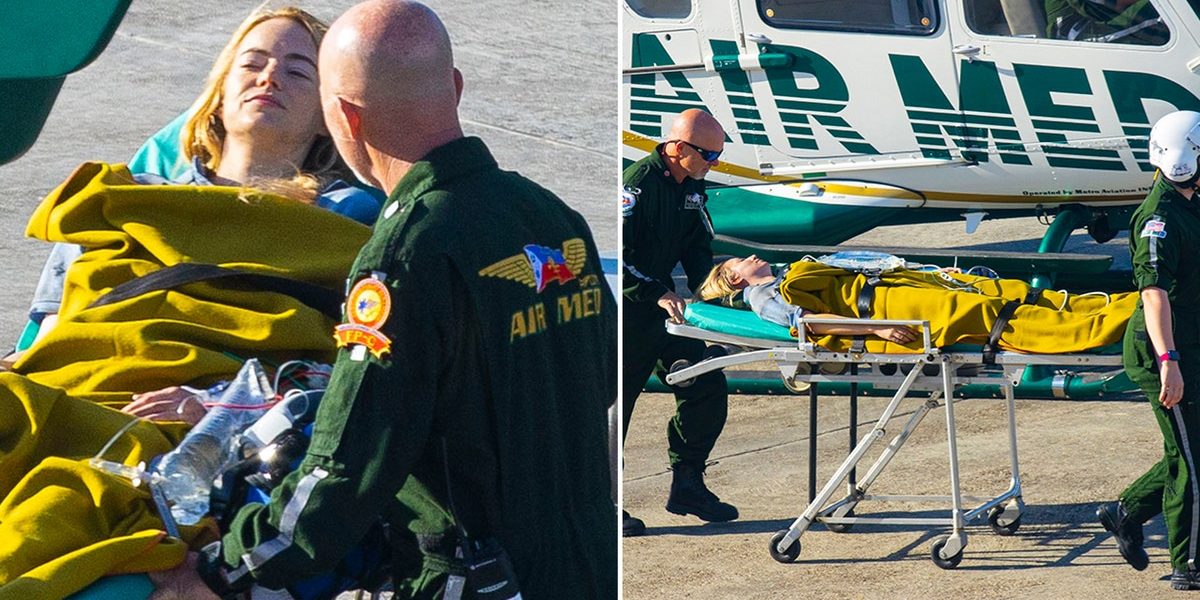 Emma Stone was recently spotted on set filming her upcoming movie “And” in New Orleans.

In the photos, Stone is seen on a gurney with a first responder putting an IV in her arm as she is lifted into a helicopter that reads “Air Med.”

Stone had a mustard yellow blanking on top of her, while paramedics are pictured in green jumpsuits as they escort Stone to the helicopter.

Not many details are known about the film, but the project was announced in September, per the Hollywood Reporter.

The movie reunites Stone and Alwyn with Yorgos Lanthimos, the writer and director behind “The Favourite.”

“We are so excited to be collaborating with Joe once again after our extraordinary journey together on ‘The Favourite,'” Matthew Greenfield and David Greenbaum, Searchlight Pictures presidents, told the Hollywood Reporter. “He is a brilliant actor and a welcome addition to the all-star cast Yorgos has put together here.”

The film’s storyline and release date have not yet been shared.

Stone will be appearing next on Netflix’s “Matilda the Musical” on Nov. 25.