After Elton John’s farewell tour, there will “definitely be a 2.0 in some shape or form,” says manager 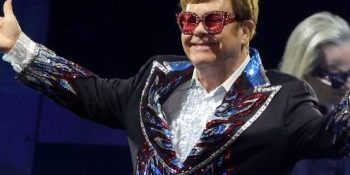 Elton John‘s final U.S. concert will take place this Sunday night at L.A.’s Dodger Stadium, and will be livestreamed on Disney+.  But when the Rocket Man’s Farewell Yellow Brick Road finally wraps up for good some time, don’t worry — Elton will still continue to play live, though what that might look like is still up in the air.

Elton’s husband and manager David Furnish tells Variety that the Farewell Yellow Brick Road tour will definitely “be the end of all touring without a question,” but adds, “I hope he still does a one-off every now and then — or maybe, like not in Vegas, but a small residency at some point.”

He explains, “He would love to at some point go and play a lot of the songs he doesn’t normally get to play during his concerts. He has such a huge catalog and has written so many beautiful songs. I think there will definitely be a 2.0 in some shape or form.”

And of course, Elton won’t stop recording or writing songs. Furnish tells Variety that Elton is eager to “work more” with Britney Spears, his “Hold Me Closer” duet partner, and would like to do something with her “in person…because she was in L.A. and he was in London and it was recorded that way.” He adds, “She can pick up the phone and speak to Elton about it at any time.”

As for Elton’s final concerts, the first time he played Dodger Stadium back in 1975, he wore a now-iconic sequined Dodgers uniform. Furnish says for these shows, Elton will “be recreating the spirit of the Dodgers suit on stage,” with help from Gucci, who’s designed all his outfits for the tour.

The post After Elton John’s farewell tour, there will “definitely be a 2.0 in some shape or form,” says manager appeared first on Regional Media News.