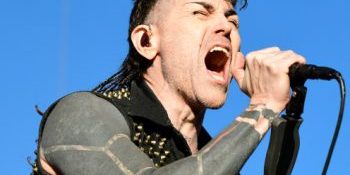 AFI has announced a one-off concert celebrating the 20th anniversary of the band’s 2003 album, Sing the Sorrow.

The show will take place March 11, 2023 — exactly 20 years after the record was originally released — at the Kia Forum in Los Angeles, and will feature a performance of Sing the Sorrow in full “for the first and last time ever.”

Tickets go on sale this Friday, November 18, at 10 a.m. PT, with various pre-sales throughout the week. For more info, visit AFireInside.net.

Sing the Sorrow is AFI’s sixth album; it earned the band their first-ever top-10 album on the Billboard 200. The Platinum-certified record spawned the singles “Girl’s Not Grey,” “The Leaving Song Pt. II” and “Silver and Cold.”